The defence of Robert M. 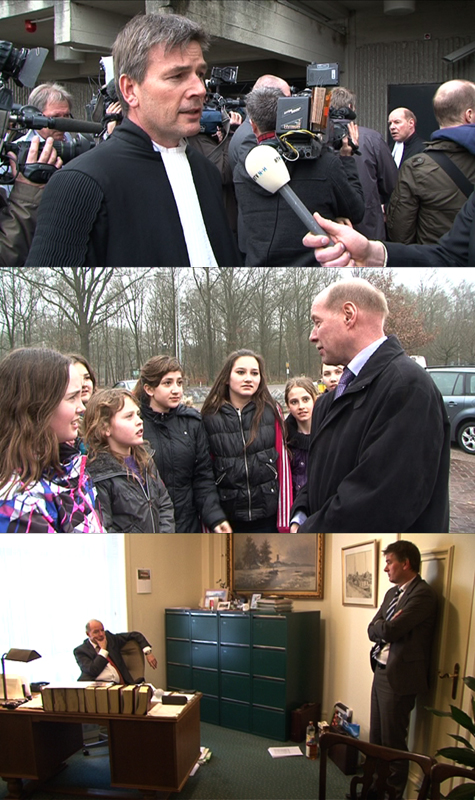 The defence of Robert M.

Length of the documentary: 90 minutes.

The defence of Robert M. is a unique account of the largest child abuse case in Dutch history, shown from the perspective of the lawyers of the main suspect.
After a report from the United States on child pornography originating from the Netherlands, 27-year-old Robert M. was picked up by the police at the end of 2010. Robert M. eventually confessed to 83 cases of serious sexual abuse of very young children in various day nurseries in Amsterdam. On 17 March 2011, under great media interest, the trial started in the heavily secured Amsterdam Bunker and would last over two years.
At the lawyer’s office death threats arrive by post, telephone and email. In the meantime, the lawyers are trying to protect themselves against the gruesome contents of the large quantity of victim files that are stacked up against the walls in the office.

The child abuse case evokes many emotions, the media are on top of it and society is demanding revenge. The lawyers’ work is not exactly made easier when the State Secretary and the Minister involve themselves in the legal proceedings.

That Robert M. is entitled to defence is an open-and-shut case to lawyers Wim Anker and Tjalling van der Goot. It is equally beyond question that they have to conduct this defence to the best of their ability. But nobody could have predicted that the case would become an emotional rollercoaster for all those involved.